As much as they will hate to hear it, it must be told that the Deathfest kids were downright sweethearts at Mother’s Worry Installment Release #4. Not to mention the jaw dropping attendance of the growing Adlai Dallas family in what was by far the biggest pain in the butt party to get to yet. You guys are making this more delightful than we could ever dreamed. A special head butt goes out to the sublime Cordell for a really classy read and the Sidebar staff who treated us like one of their own. Oy! 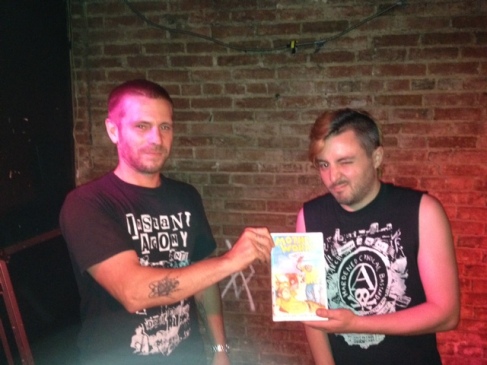 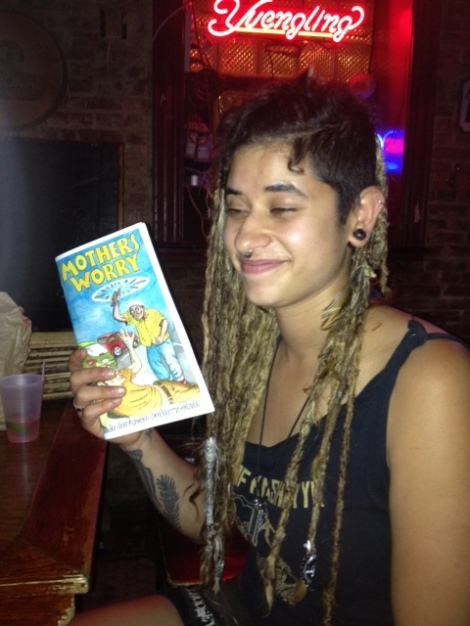 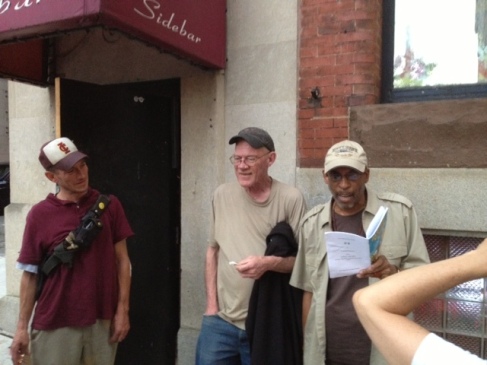 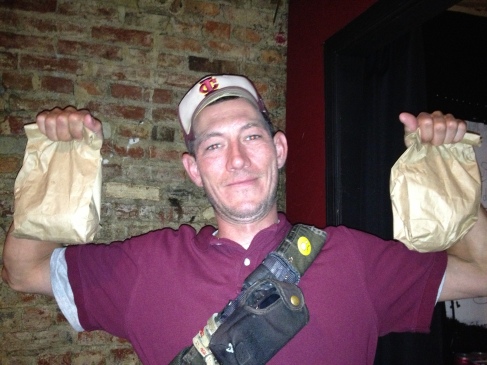 Nobody can eat just one Central Booking lunch. 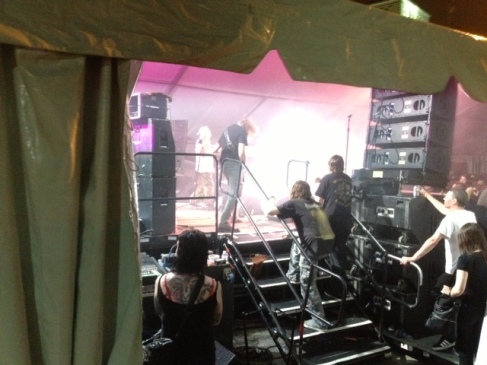 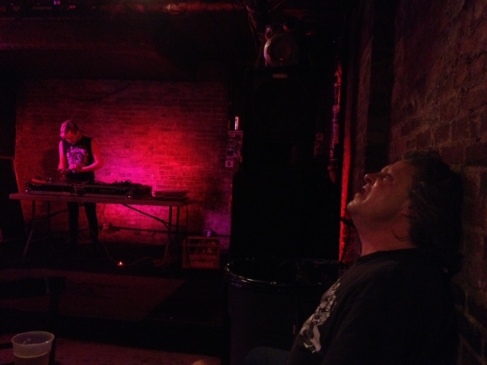 A punk at peace. 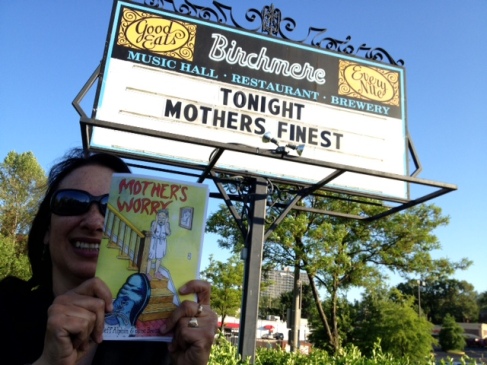 We’ve had some really surprising turnouts for release parties #1 and #2 but never in our wildest could we have foreseen the slam of Installment Release Party #3. The silk was shaking from bumper to bumper as the house powered up and thundered down. Heartfelt apologies for those who were turned away.  Still can’t believe we sold out the Birchmere.

But of course the biggest jaw dropper was the fact that Mother’s Finest was so touched to be included in the pages of Mother’s Worry that they squeezed in one last show for us before flying to Frankfurt to kick off their European tour.

The goodbyes were tough but we tried to keep it light. 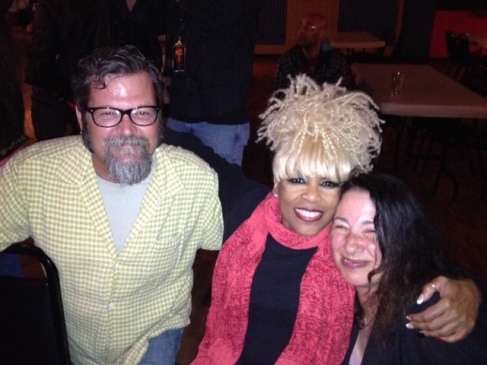 “You cool, baby?” Joyce asked, looking me in the eye with such sincerity that I could not speak. Gonna have to chew on this one for a while. 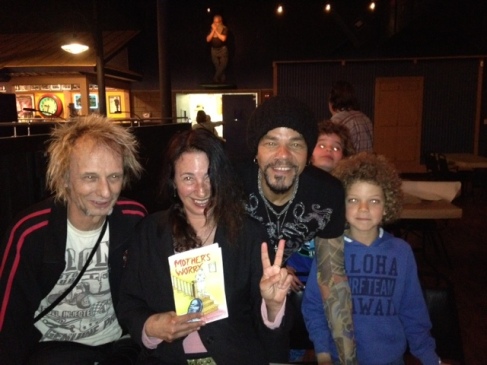 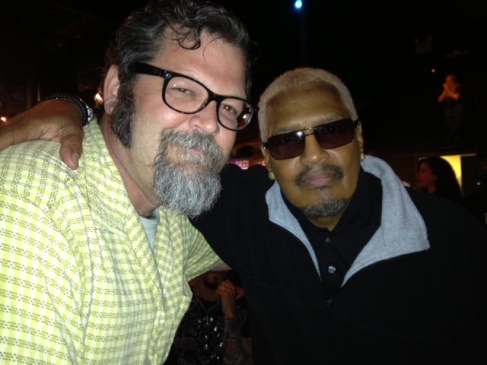 “You don’t need some corporate sponsor Jeff.  Screw those guys.” 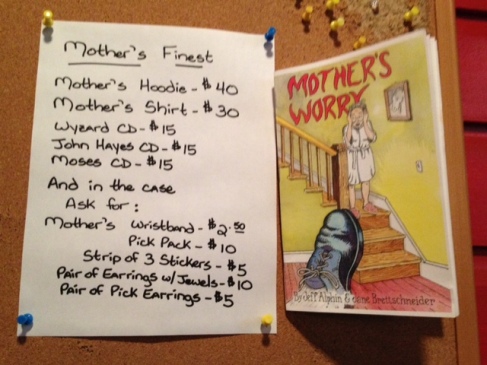 We certainly didn’t intend to have a place at the merch table, but Doc insisted! 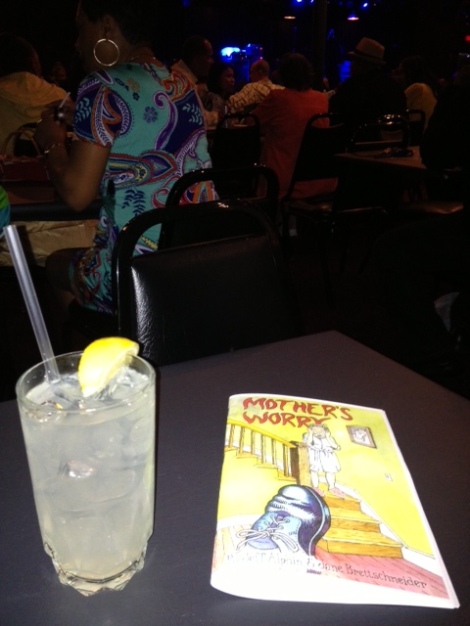 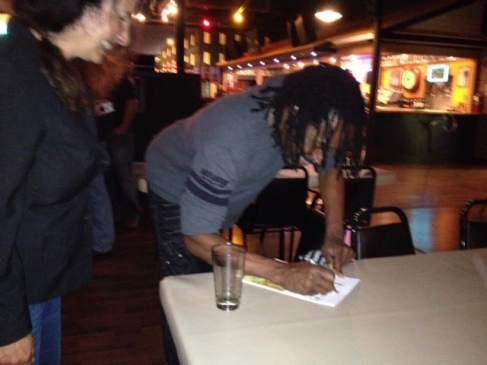 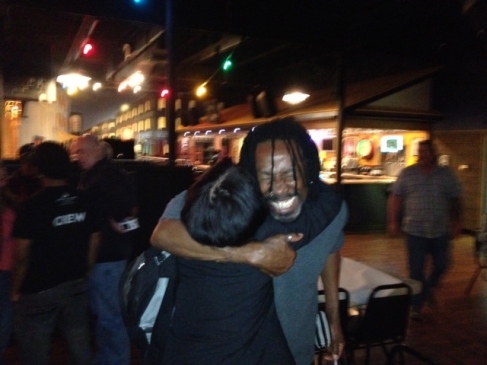 Wyzard is so happy for Jane’s successful night. 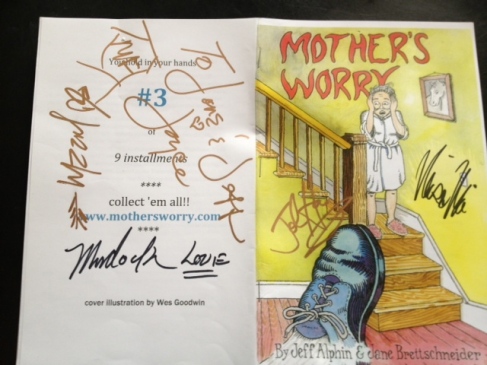 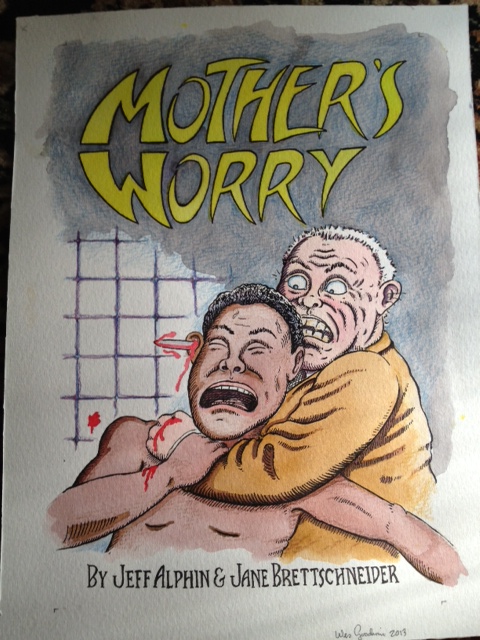 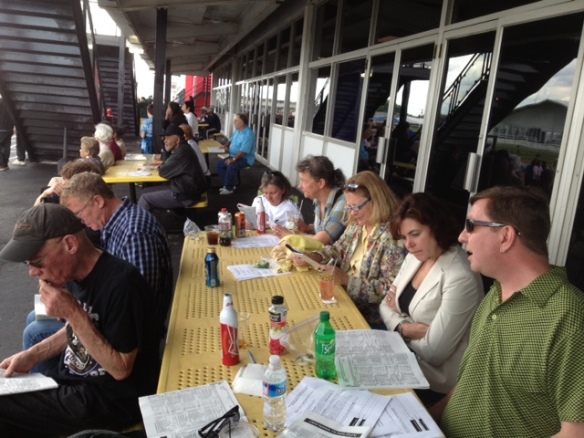 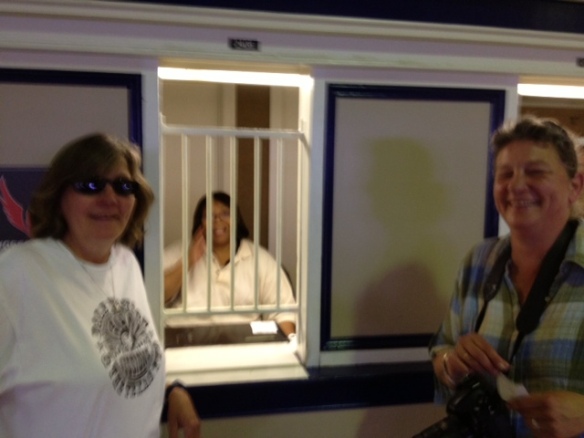 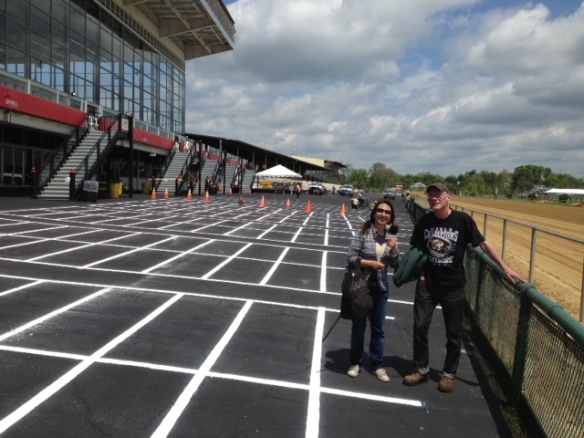 Upon arrival at Pimlico, we discovered the benches had been pulled back so that fresh spectator lines could be painted for the Preakness. As a party host’s anxiety set in, Jane bucked spirits with the sentiment “Don’t forget everybody, the whole spirit of this is ‘come what may'” to which Wes replied “Well, it’s May.” 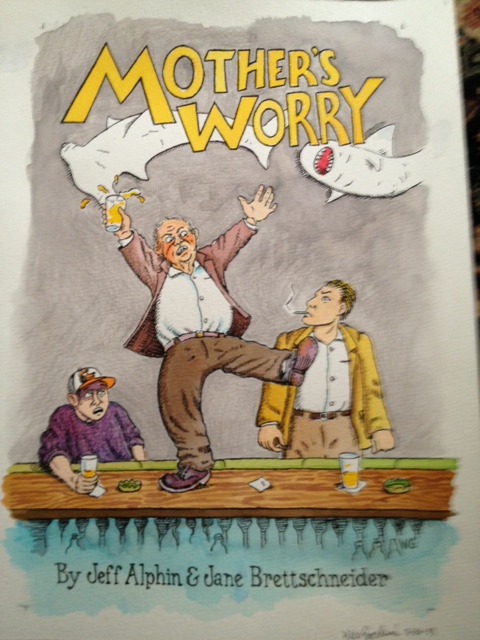 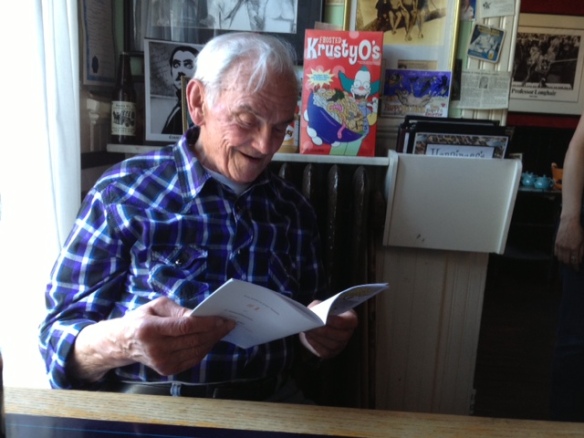 The release of Installment #1 made us feel like Cinderella at the ball with a clock that stopped at 11:55. Henninger’s Tavern was packed with friends and family, and two people who wandered in by accident. It could not have been a more perfect evening. We’re guessing that means disaster surely lies ahead.

Bar-banging thanks to Kenny and Jane for their incredible hospitality and the best oxtail stew we’ve ever had, Chris and Rocky for making everyone feel at home, Wes Goodwin for the amazing art, and Allison Hundley for the most exciting excerpt read ever and her uncanny ability to switch from an Irish accent to a Scottish brogue midstream.

Heartfelt appreciation to everyone who came out, and we’ll see you this Thursday at Pimlico where it will most likely rain buckets.